How my parents embraced neutral! 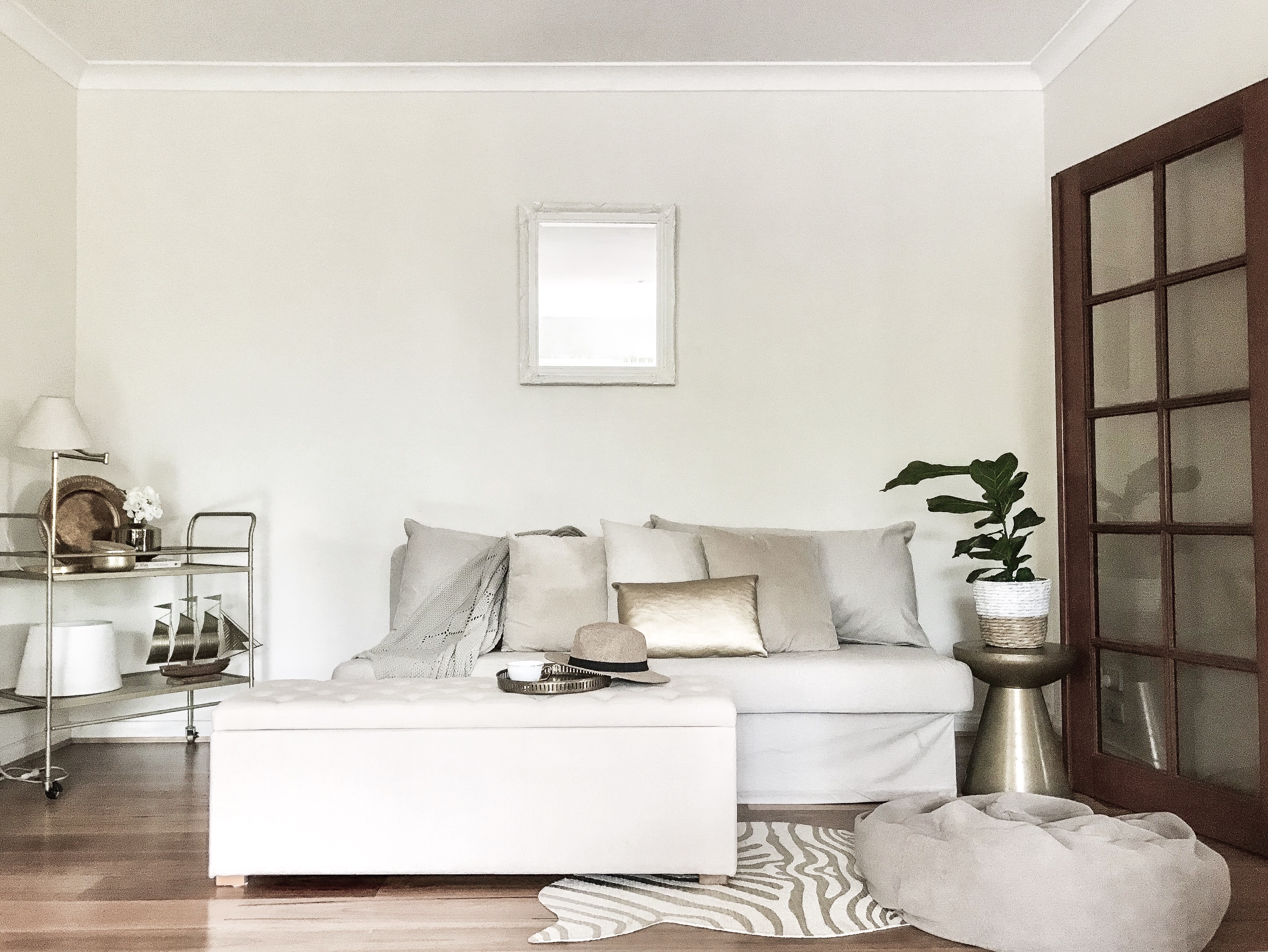 Two years ago, my parents decided that they wanted a change. They had lived for 20 years in the same home and spent their savings on travel.  After returning from a year long trip they decided that they needed change, and they put their house on the market. To achieve this my parents asked me to help them to make their property market ready. It was sometimes challenging to get them to see that the large volume of furniture and “stuff” was in the way of a sale, however they trusted my guidance and I eventually managed to help them clear out and put in storage a lot of unnecessary items. (The process of being sale ready I will talk about in next week’s blog.)

The sale photos were a bit of a shamble, taken by an agent who it’s rumoured, has skipped the country after some shonky business. (links to preferred agents?) Regardless, as they were now ‘sellers’ my parents began to see things with fresh eyes and they were looking at it from another point of view. During the selling process they commented that they were enjoying the space with less clutter. They were surprised that that they now thought of their house as being tired and dated. They told me that they realised that they hadn’t really loved living in their home in recent years. I asked them to reflect on what was behind this feeling, and they talked about how that, although colour makes them feel good, they felt that their yellow and dark green walls were closing in on them. They saw updated homes in real estate advertising and they felt that they needed something fresh and newer.

The sale never happened, and my parents went on to decide that they were living in their ideal location with a house and property that works for them. They sought my feedback about creating the change that they were looking for. It was quite a process, helping them to think about how they use the home now that they are empty nesters, how long they would like to stay, and what they want from their home in the future. Naturally budget is a big consideration.

For a variety of reasons, including budget, and giving time to reflect and reprioritise, I recommended that they make all desired change in stages. In Stage 1 of their project three major changes were decided on. One was to change the kitchen to incorporate an island bench, the second was to update the flooring throughout the house from tiles to engineered wood floors, and the third was to paint all the walls (the process of deciding on where to spend your money when updating your home will be discussed in an upcoming blog).

They instantly fell in love with look and functionality of their island bench and altered kitchen, as they also did with their sleek, classic flooring. However, they initially struggled with the wall colour. What was once yellow and green was now a warm white (Dulux Stowe White). My Dad’s initial feelings were that it “looked like a hospital”. Mum stated that she felt it looked soul less. Over a short period after completion and the mess of renovation was cleared, I started adding back to the space. Adding some new pieces and some favourite ones, until little by little the picture became more complete. Some new linen look furnishings were chosen to complement the space and add texture. Jute, and neutral rugs were purchased. Gold accessories and indoor plants were added.

About a month after the change I caught my father telling my mother how the house “just feels less chaotic”. I asked my mother how she was feeling. She told me that she was so excited at how much more she notices all the greenery outside now (Green is her favourite color!). She told me that she feels very connected to the garden and all that is going on outside now that the interiors have been painted a neutral. She became aware that there was nothing competing or taking her attention away from the beautiful view outside. She says that she feels very calm in these new spaces.

Once they had time to settle into the new spaces, it was time to look at adding pops of color to define the rooms. Because they had neutral walls in their formal lounge they were able to choose an accent color. Mum became very excited by the prospect of changing this out according to the seasons, haha. Then she got serious and decided that once a year might be more affordable to buy new accessories. Fortunately, she has a fee stylist to help her when she’s ready. 😊